BLOG - WHY DO I GET HARD SKIN?

Why do I get hard skin?

Posted on 8th November 2017 at 09:07
People always want to know why they have hard skin as if there is a magical way to never have hard skin again.
We can improve hard skin with routine trips to a podiatrist and regular applications of a foot cream with 10% Urea in it.
Filing twice a week helps too but waiting three months and then rubbing your feet until they burn with your cheese grater of choice is never a good idea.
But why, oh why, do we get it? 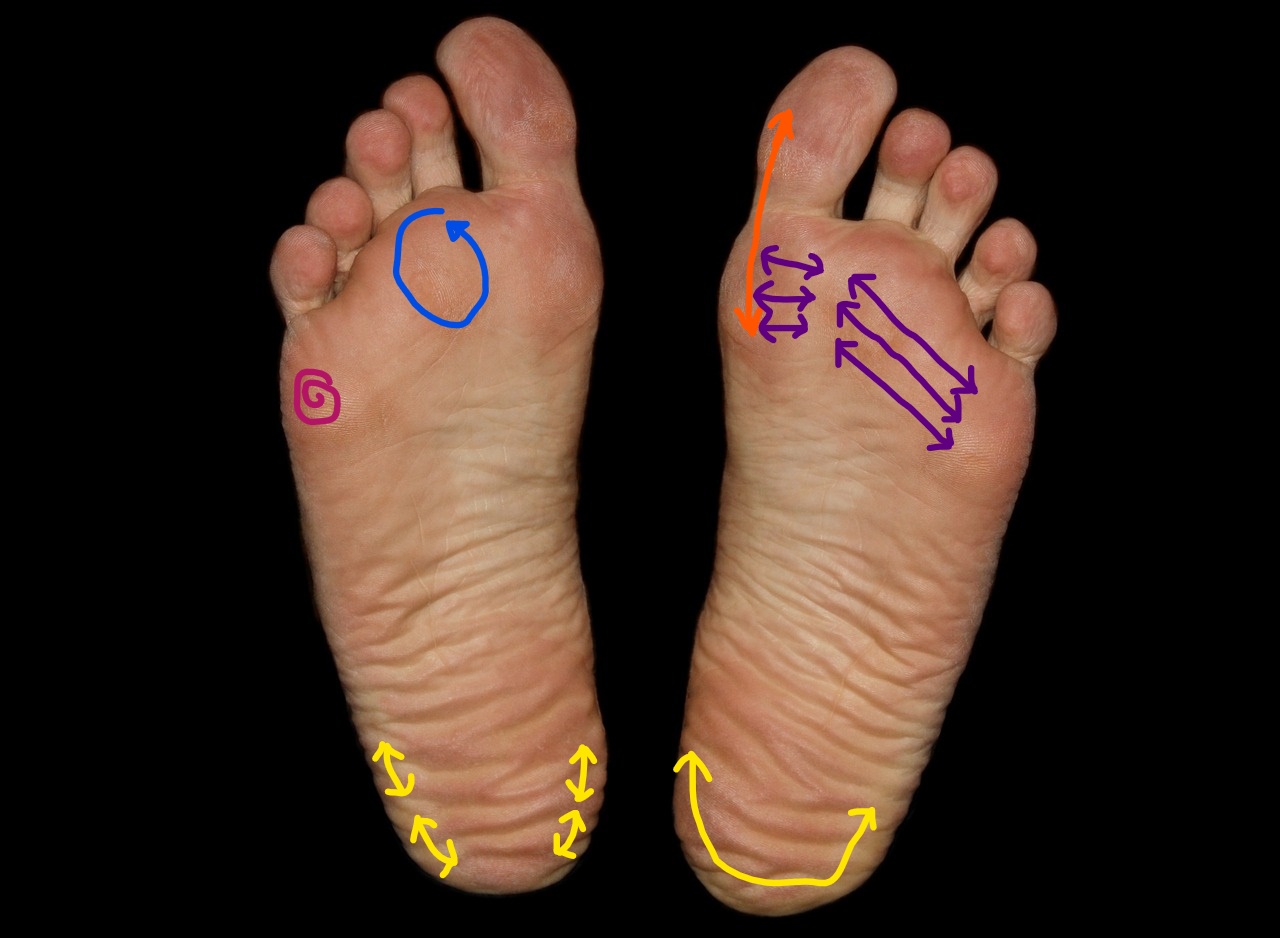 Hard skin is often not simply produced unless a condition prompts this. Forces acting upon the feet stimulate its production. These are forces from the ground or shoes.
The picture here attempts to explain some of the most common patterns of hard skin.
The BLUE arrow shows an area which covers the second metatarsal head and hard skin here is often caused by TORSION as we often twist off this area as the second metatarsal is longer than the other metatarsals.
The ORANGE line indicates an area over the first metatarsal and hallux (big toe) here the hard skin is often caused by SHEARING forces as we slide over and back on this important foot joint just before our foot leaves the ground.
The PURPLE arrows show forces that cause pinched callus, that is a ridge of hard skin between the first and second metatarsals. As the foot strikes the ground the metatarsals flatten and SPREAD away from each other and as the foot lifts off the ground they move toward each other causing this pinched area.
The RED area shows hard skin caused by APICAL pressure such as the pressure of a hammer on a nail. This pressure can occur over any bony lump where it touches the ground or a shoe and often develops into a corn.
The YELLOW lines indicate heel pressures which can come from tissue spread against the surface as in the left foot or an overloading of the heel in one particular point causing a smaller area of dense skin.
This is just an introduction to a larger number of common callus areas to let you know that you are not alone in this world with your hard skin. Sometimes all the TLC in the world cannot stop callus appearing. It’s just your body’s way of trying to help protect those vulnerable areas from tearing and blistering.
Tagged as: Cracked Heels, Hard Skin
Share this post: